What Is An Anterior Cervical Discecto

Anterior cervical discectomy and fusion is a combined surgical procedure to decompress spinal nerves and stabilize the cervical spine.  As the name indicates, this procedure is performed through an incision at the front, or anterior, of one side of the neck. With this surgical approach, the disc can be accessed without disturbing the spinal cord, the neck muscles and uninvolved spinal nerves. The operation is performed under general anesthesia.

What Is The Cervical Spine?

The cervical spine begins at the base of the skull and consists of seven vertebrae with discs between them.

The Importance Of The Spine 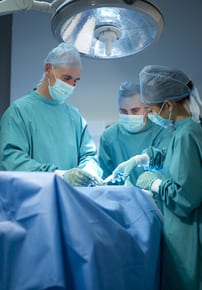 One of the most important parts of the body, the neck is also the most articulate portion of the spine, moving more freely and in more directions than the other sections. Beyond that, the cervical spine is also responsible for protecting the spinal cord and providing support to the skull, which in turn protects the brain. Because of the neck's vital functions, injury or disease of the cervical spine is a very serious condition.

Reasons For An Anterior Cervical Discectomy and Fusion

An anterior cervical discectomy and fusion is considered when there has been severe damage to the upper spine following a fracture or when a congenital abnormality or degenerative disease has weakened the area badly. This may occur as a result of osteoarthritis or a herniated disc. An anterior cervical discectomy and fusion is usually performed when a patient is experiencing debilitating pain because cervical nerves are being compressed or when there is excessive motion between the vertebrae of the cervical spine.

What Is The Purpose Of This Surgery?

This surgery is performed to relieve pain, numbness and weakness in the neck and upper back and to provide stability in this portion of the spine. 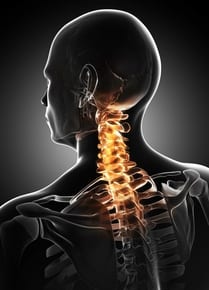 During the cervical discectomy, a disc that has been herniated or ruptured is surgically removed. The discectomy eliminates pressure on the compressed nerve and so relieves the pain and other symptoms such compression causes.

During the cervical fusion portion of the surgery, two or more damaged vertebrae are joined through the use of a bone graft so that they will eventually grow together. The bone graft isused as a spacer to keep the bones from rubbing against each other during the process.

The bone graft is either taken from another part of the patient's body, usually the hip, or is harvested from a donor bank. While a material known as morphogenetic protein may be used to replace a bone graft in other spinal fusion surgery, it is not used in the anterior cervical procedure since it can sometimes cause swelling and interfere with swallowing.

The fusion increases spinal stability and decreases the pain associated with misaligned cervical movement. Typically, a metal plate and screws are used to increase stability as the bones

fuse. This process usually takes from 3 to 6 months. Immediately following the surgical procedure, the patient is fitted with a cervical collar for extra support of the neck region.

Recovery From A Posterior Cervical Fusion

Typically, after surgery is complete, the patient remains in:

How Long Does It Take To Recover From ACDF Surgery?

the hospital overnight, although some patients may be permitted to leave the same day and some may have to remain in the hospital for a day or two longer. Full recovery usually takes from 4 to 6 weeks and during this time the patient's activities are restricted. The patient has to refrain from driving, bending, lifting, pushing, pulling or reaching. In most cases, sexual activity is also restricted. 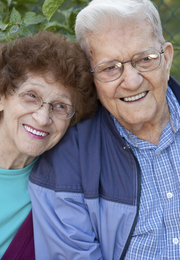 Should I Go To Physical Therapy?

A program of physical therapy is normally recommended to promote a more successful recovery and to achieve maximum postsurgical mobility.

"What a pleasure to see the doctor 10 years after my first surgery!! He was cheerful, professional, and clear. I have NO DOUBT this Doctor will give me many good years to dance and play!"
-Edyth Herzech

"He Was Amazing and respectful."
-Christian Mclaughlin

To learn more about the services we provide, please call us today at 212-606-1559 to schedule an consultation.